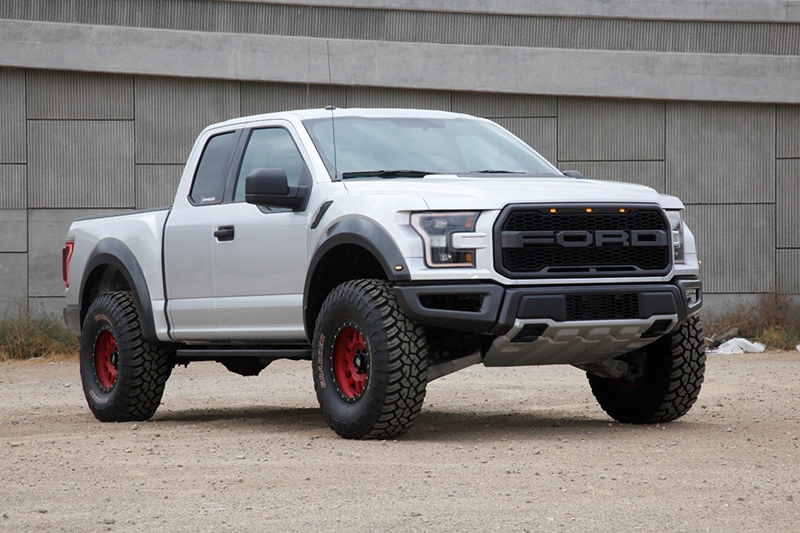 “Love the throttle response and enhanced turbo sound.” – Robert from Indiana [Part No. 63-2599]

The 63-2599 is designed to help keep engine air cooler, which can increase engine combustion efficiency, and helps provide a smooth, low-restriction path for airflow to the engine. Your engine needs oxygen to create power; the cylinders in your vehicle’s engine need to have air to create the explosion that produces horsepower and torque. Since cold air contains more oxygen molecules than warm air, injecting a higher volume of oxygen-rich air into the cylinders allows the engine to burn fuel more efficiently during combustion—providing an increase in power.

In a typical stock air intake system, air has to pass through a thick, disposable paper filter, and then move through a narrow system of tubing that can cause air to swirl and become turbulent. Excess turbulence causes the molecules within the air to collide, creating heat, which lowers the density of the air and reduces the efficiency of combustion. All K&N intake systems are specifically engineered to help keep your engine air cooler.

“I have always used K&N filters for all my vehicles and once again they did not disappoint. This kit is very easy to install and I like that it has a stockish look to it. After a month I’m avg around 1 mile to the gallon better. My favorite part of this filter though, is now I can hear my turbos while driving.” – Nick from North Carolina [Part No. 63-2599]

Since engine combustion is most efficient in an oxygen-rich environment, keeping engine air cooler often significantly increases engine combustion efficiency. The 63-2599 intake system features a free-flowing, high-density polyethylene intake tube, which is engineered to reduce turbulence in the air, and helps keep engine air cooler for increased engine performance! The 63-2599 also incorporates a steel heat shield, which helps protect the air filter and intake air from high temperatures within the engine bay.

WHAT ARE THE BENEFITS OF HIGH-DENSITY POLYETHYLENE (HDPE) INTAKE TUBES?

High-density polyethylene (HDPE) has a very high strength-to-density ratio, as well as the ability to withstand extremely high temperatures—making it an excellent choice for the environment in the engine bay. HDPE can also be molded into custom shapes, allowing it to be adapted for specialized tubing designs.

One fairly common observation among Ford Raptor drivers is the somewhat lackluster sound of the twin-turbo V6. Factory intake systems often feature intake tubing with tight bends, baffles, and other obstacles that can slow airflow, create turbulence, and muffle engine noise—unlike K&N intake systems, which are designed to give your engine a more satisfying growl on acceleration, but return to quiet once at speed.

Under normal circumstances, most automotive air filters demonstrate an inverse relationship between airflow and efficiency—the higher the airflow, the less efficient the air filter is at protecting the engine, and vice versa. The oiled design of K&N air filters assists in “absorbing” dirt particles—and in turn helps incorporate those particles into the filter surface itself, which helps maintain the filter’s efficiency and ability to flow air. When tiny particles are captured and saturated with oil, they in turn can become tacky, allowing them to capture other particles.

The High-Flow Air Filter™ included in the 63-2599 intake kit is oversized with a conical shape, providing a greater surface area and allowing for a service interval of up to 100,000 miles between cleanings (under normal highway driving conditions). High-Flow Air Filters feature an oiled, layered design—providing up to 50% more airflow than a traditional paper filter. When your filter does need to be cleaned, you can use the K&N Recharger® Kit (99-5000 or 99-5050) to quickly and easily restore your filter’s performance. Each K&N intake (and filter!) is designed to last for the life of your vehicle.

“This intake is worth the money. It took a few miles to let the truck calibrate but the increase in throttle response is noticeable. I'm a happy return customer.” – Darren from Missouri [Part No. 63-1568]

WHY IS HIGH AIRFLOW SO IMPORTANT?

Maintaining the proper air-to-fuel ratio (AFR) is critical for engine performance, and relates to the amount of air versus the amount of fuel used by an engine for combustion. A correct, stoichiometrically balanced AFR produces combustion with perfect efficiency, excluding other factors. For gasoline engines, the theoretically perfect chemical ratio is 14.7:1—14.7 parts air to one part fuel. In effect, this means that an engine requires almost fifteen times more air than fuel for efficient combustion—which emphasizes the importance of providing a high volume of air through an intake system.

The K&N 63-2599 intake system is engineered to incorporate factory mounting points and the factory mass air sensor. Installation can typically be completed in 90 minutes or less, and requires only simple hand tools. Detailed instructions are included in your kit.

Each intake system comes with a 10-Year/Million Mile Limited Warranty. Furthermore, using a K&N replacement air intake system will not void your factory warranty; in the U.S., manufacturers must provide evidence that an aftermarket part is the cause of a necessary repair in order to void or deny warranty coverage. The Consumer Products Warranty Act of 1975 (also known as the Magnuson-Moss Warranty Act) protects consumers’ rights to their warranty coverage.

“Works and sounds great. Easy to install. I can tell the difference in low end pickup.” – Gary from Pennsylvania [Part No. 69-4527TS]

K&N performance air intake systems come with a horsepower guarantee. During dynamometer testing, the 63-2599 provided an estimated power increase of 12.3-horsepower and 25 lb./ft. of torque*. Follow this link to view the complete dynamometer chart.

Visit this page to purchase the 63-2599 air intake system, or visit the vehicle search page to explore air intake system options for your vehicle. Join the millions of customers who trust K&N to help them boost performance and protection in their vehicles!

Legal in 49 states. Not legal for sale or use in California on any pollution controlled motor vehicle.

*Horsepower gains vary among products and applications, but each K&N performance air intake system is designed to increase airflow efficiency for specific vehicles and their engines. Each kit undergoes significant testing to help ensure that the filter and intake tube are engineered to deliver large increases in airflow and horsepower. Please visit individual product pages to view horsepower estimates for your specific vehicle.