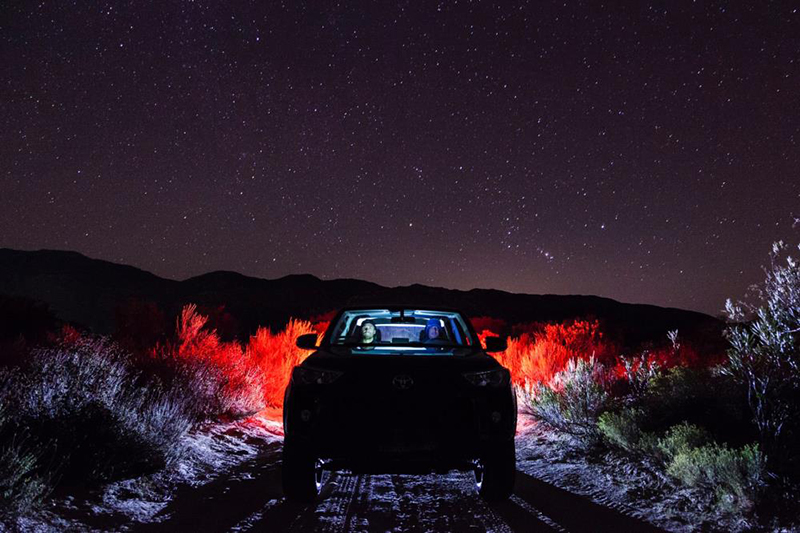 In 1964, science fiction writer Isaac Asimov made a list of predictions for the year 2014—and while not all of his ideas have come to fruition (underground suburban homes, for example, are not common), many of his ideas, including video call technology, flat screen TVs, satellite phones, unmanned missions to Mars, and solar stations have all been implemented within the last 50 years.

In reference to vehicles, he predicted: “Much effort will be put into the designing of vehicles with ‘Robot-brains’; vehicles that can be set for particular destinations and that will then proceed there without interference by the slow reflexes of a human driver.”

For all terms and purposes, this is an excellent description of a self-driving system—technology that’s currently in development and likely to be commonly available in the near future. While it may have seemed like a ridiculous prediction back in 1964, vehicles that will take a driver to and from their destination with minimal direction may be widespread within the next several years.

As vehicle technology continues to advance, let’s take a look at some features that are likely to be standard within the next decade:

Many vehicles now incorporate devices to analyze driver behavior and provide warnings to keep drivers awake via light or auditory signals. One of Volkswagen’s newest systems will go as far as to take control of the vehicle, turn on hazard lights, and steer the car to the right lane/come to a stop should the driver not respond to warnings. Other systems are being designed to analyze a driver’s cardiac rhythm, eyelid behavior, and direction of gaze to monitor wakefulness.

The BMW 7 Series already utilizes hand signals to allow users to control the infotainment system; you can control volume, send messages, control phone calls, and navigate the menu using a sensor located beneath the center mirror which captures hand movements.

Vehicle manufacturers continue to pursue new and effective safety features. Front, side, and curtain air bags are standard on most vehicles—but some manufacturers are now including a knee air bag beneath the steering column, and a roof air bag to replace the passenger’s front air bag. In addition, a seatbelt airbag will soon likely become standard for many vehicles.

While current laws require drivers to keep hands on the steering wheel and eyes on the road at all times, the future may bring fully autonomous vehicles which are capable of piloting themselves with little to no human assistance—allowing commuters to sleep, read, or simply relax instead of actively driving. Lexus has already launched a semi-autonomous system which can change lanes, slow down to avoid obstacles, and exit highways on its own. Subaru’s EyeSight safety feature can brake to avoid collisions, which is becoming fairly standard on many vehicle makes and models. Fortune estimates that by 2040, 95% of new vehicles sold will be fully autonomous.

In a modern smart suspension system, coil springs are replaced with air bags, allowing the ECU to adjust levels as needed to respond to road conditions and maintain a level ride. In combination with computer-controlled struts and shocks, the air bags are maintained by an air compressor, and allow the driver to adjust ride firmness at will. Some new systems have the capability to analyze oncoming road conditions and adjust the suspension to compensate—meaning even a small pothole is unlikely to be felt by the passengers.

It’s likely that as self-driving and autonomous vehicle technology develops, reinforcement/deep learning will be the method by which artificial intelligence systems teach themselves to drive more safely and effectively. Manufacturers will likely train their AI systems by providing them with complicated driving scenarios, and allow the systems to, in effect, train themselves through a self-directed process of a trial-and-error (long before a customer ever sets foot in the vehicle). Sound like science fiction? It gets even more interesting—when it comes to deep learning, scientists have no way of knowing exactly how systems make the decisions they do, although they are able to provide positive reinforcement for correct actions.

This poses certain ethical dilemmas, of course, which are likely to become a subject of wide debate once the technology is commonly available. How will a self-driving AI mitigate risk in an accident? If it must choose between two possible fatalities, which person will it save? There are still a multitude of unanswered questions, but one thing is certain—autonomous vehicles will become much more prevalent on the road, it’s only a question of when.

Kia’s new “Separated Sound Zone” technology is designed to allow passengers in a vehicle to listen to music individually by isolating acoustic fields—the passengers in the front can listen to one song, while the passengers in the back can listen to something completely different! While the exact details are as yet unknown, it’s likely that some elements of noise-cancelling technology are being implemented. One day soon, parents may be able to listen to music or make calls in the front half of their vehicle while their baby dozes peacefully in the back.

While not a dramatic leap forward in technology, many new vehicles are now offering wireless charging technology—allowing you to charge your phone without plugging in. Some Chrysler, Ford, Audi, BMW, Hyundai, Kia, and Toyota models (among others) already offer wireless charging, with many more automotive manufacturers likely to follow suit in the near future.

Plastic wheels have one big advantage over aluminum or steel—reduced weight, which can provide improvements in handling, acceleration, and fuel economy. While carbon fiber/composite wheels are nothing new, mass production of plastic composite wheels is almost certain to become more common in the coming decade.

Currently an option on some BMW, Audi, and Subaru models (among others), adaptive cruise control utilizes radar to automatically maintain a safe distance from other vehicles while cruise control is on. While it’s only commonly available for vehicles while driving at highway speeds, the technology will likely be adapted soon for city driving, helping reduce accidents and accidental rear-end collisions.

K&N® has been dedicated to advances in air filtration technology since 1969—and still provides industry-leading washable filtration to millions of drivers all over the world. When it comes to engine filtration, the future is already here! Shop K&N performance products for your vehicle here.