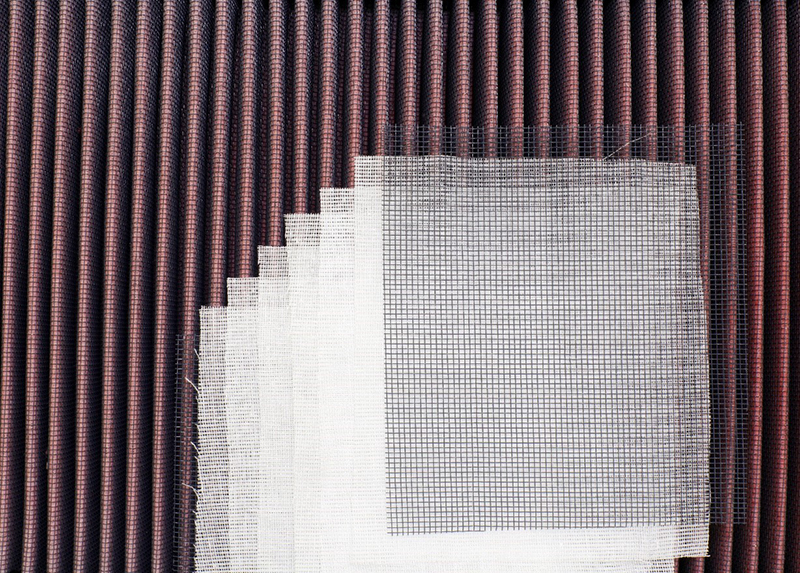 If High-Flow Air Filters™ operated solely on a size-dependent basis like a typical disposable air filter, any particles smaller than the passageways would flow through to the engine—but K&N filters are designed to utilize the principles of impaction, interception, and diffusion to help increase the capture of engine contaminants.

Inertial impaction takes place when any dirt particle comes directly in contact with a filter fiber; in other words, a head-on collision. This filtration mechanism is most common among larger particles, due to their increased mass/inertia. K&N oiled cotton air filters have multiple layers, which provides a dense network of cotton fibers—and greatly increases the chances that a particle will be captured via impaction. Even if a particle is able to find a straight path through an opening in the first layer of media, the likelihood of it traveling through the other three to five additional layers without being impeded by a filter fiber decreases dramatically.

Filters are typically subjected to testing procedures involving coarse test dust, which includes particles ranging in size from less than 5.5 microns to 176 microns. (As a point of reference, a human hair is approximately 50 microns in diameter). One important distinction is that almost any filter stop extremely low-micron particles—but the important factor is the percentage of those particles it stops.

For example, a length of chicken wire can potentially filter out microscopic particles—but only in the rare instance that the particles directly collide with the wire! In this case, only an extremely small percentage of the particles would actually be stopped by the wire, but it could still be claimed that the wire “stops 1-micron particles”—even if it only captured a few. As we consider the various mechanisms of filtration, we must evaluate their efficiency at capturing and containing the greatest percentage of particles. For this reason, impaction is complemented by the additional two filtration mechanisms—interception and diffusion.

Interception takes place when a particle—following the stream of airflow—comes close to a filter fiber (within one particle radius), does not have enough inertia to continue in a straight line, and is captured. The particle doesn’t have to have direct impact with a filter fiber (a “head-on collision”), but in effect “grazes” the fiber and is trapped. A filter surface can be modified to improve collection of particles—such as the tacky layer of oil that helps capture and hold impacted particles in K&N oiled air filters. While interception can take place even in a non-oiled filter design, K&N’s oiled filter fibers increase the likelihood that a particle experiencing interception will be trapped by the fibers.

Diffusion is a common filtration mechanism for extremely small particles, and is the reason that a K&N oiled filter is able to capture particles even smaller than openings within the filter media. Extremely small particles are typically highly affected by forces within the flow of air, including changes in pressure, velocity, or turbulence—and these factors often make their behavior chaotic (sometimes referred to as “Brownian motion”).

The kinetic theory of gases outlines the fact that gas is composed of molecules whose size is small in relationship to the distances between them. These molecules often collide, causing them to move in erratic, zigzagging patterns. Likewise, particulate matter that is extremely small can collide with these gas molecules, which causes random motion to occur in them as well. Under normal circumstances, the smaller a particle is, the greater the zigzagging effect will be—increasing the likelihood that it will collide with a filter fiber.

While this erratic behavior might sound detrimental to filtration, it actually provides a distinct advantage when it comes to microscopic particulate capture, as the smallest particles typically do not follow the main flow of air through the passageways in the filter; instead, their chaotic motion causes them to collide with microscopic fibers inside the filter media, where they are then trapped and held by the filter oil. In the media of a typical disposable paper filter, any particles that are smaller than the openings in the media will likely pass right through—but the tacky, sticky nature of K&N filter oil and the multi-layer media design of High-Flow Air Filters™ help capture contaminant particles that are much smaller than the openings/passageways within the filtration media.

Why Not Use a Disposable Paper Air Filter?

To meet minimum filtration standards, paper air filters must be thick and/or the fibers must be tightly compressed and dense. Therefore, paper elements that provide adequate filtration are more restrictive to airflow by design. As a paper filter becomes more and more clogged, the pressure inside the filter drops while the atmospheric air pressure outside the filter (approximately 14.7 psi at sea level) remains the same. An excessively high-pressure differential created by a disposable filter can begin to pull dirt particles through the paper filter media. The performance of a paper filter typically decreases substantially near the end of its service interval.

The Four Major Elements of Filtration

K&N designs every K&N air filter to balance the four most critical elements of filtration: efficiency, capacity, durability, and airflow.

Under normal circumstances, most automotive air filters demonstrate an inverse relationship between airflow and efficiency—the higher the airflow, the less efficient the air filter is at protecting the engine, and vice versa. The oiled design of K&N air filters assists in “absorbing” dirt particles—and in turn helps incorporate those particles into the filter surface itself, which helps maintain the filter’s efficiency and ability to flow air. When tiny particles are captured and saturated with oil, they in turn can become tacky, allowing them to capture other particles.

A well-engineered filter design takes into consideration the amount of particulate matter that the filter can hold before significantly losing efficiency. A standard disposable paper filter exhibits a principle called surface loading—dust collects only on the surface of the media, which can provide a high level of contaminant capture/efficiency (the filter is mostly impermeable, which keeps dirt and contaminants from passing through to the engine) but a low level of airflow, reducing engine performance. In contrast, K&N High-Flow Air Filters™ utilize depth loading, in which multiple layers of pleated cotton fibers provide particle retention on many levels, while still allowing high levels of airflow.

K&N High-Flow Air Filters™ are designed to last for the lifetime of a customer’s vehicle, and are protected by a 10-Year/Million Mile Limited Warranty. A durable polyurethane frame—featuring a single-pour design—helps ensure secure fitment and longevity of use. Single pour allows for the frame to be a single continuous piece—as opposed to many disposable filters, which have multiple frame pieces that can break apart over time. In addition, wire mesh helps protect the filter media and retains its shape. One industrious driver tested his filter to see if it could reach the million-mile mark—and the filter was still functional even after 1,000,000 miles of use! If you assume an engine life of 300,000 miles—and replace your disposable air filter every 15,000 miles—only one K&N air filter will be used during the same period in which twenty disposable air filters are discarded.

Maintaining the proper air-to-fuel ratio (AFR) is critical for engine performance, and relates to the amount of air versus the amount of fuel used by an engine for combustion. A correct, stoichiometrically balanced AFR produces combustion with perfect efficiency, excluding other factors. For gasoline engines, the theoretically perfect chemical ratio is 14.7:1—14.7 parts air to one-part fuel. In effect, this means that an engine requires almost fifteen times more air than fuel for efficient combustion—which emphasizes the importance of providing a high volume of air to your engine. K&N High-Flow Air Filters™ provide up to 50% more airflow over disposable filters—reducing airflow restriction through the use of a state-of-the-art filtration media.

For nearly five decades, K&N has been perfecting the design of High-Flow Air Filters™—offering your vehicle advanced protection and exceptional performance. Visit this page to find the K&N filter that fits your vehicle!