Defending World of Outlaws champion Donny Schatz continued to set a whirlwind pace in the sprint car world with a one-two finish in the south. Schatz raced his ParkerStore sponsored No. 15 J&J with Shaver power to victory on Friday night near Houston, Texas and came home second Saturday in Mississippi. 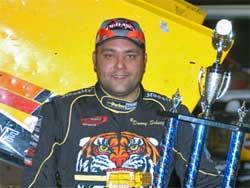 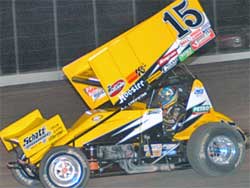 “I would have been happier had we won both nights to tell you the truth,” said Schatz. “Things went really well in Houston and we came up a bit short in Mississippi. We’ve built our program to expect a certain level of results and we’ve got to continue pushing ourselves every night. This team still has a relatively new group of guys working together and we’re still working towards getting better.” 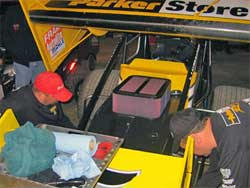 Donny Schatz and ParkerStore Team use K&N Products
The Fargo, North Dakota racer finished inside the top three in eight of the first nine races for a strong early season. He maintains the lead in the WoO series standings. Schatz and the ParkerStore Team use K&N Engineering Products. The K&N Airbox works flawlessly,” he said. “We are able to attain maximum horsepower. I have to thank all the folks at K&N for their dedication to building a superior product.”

On Friday night Schatz dominated the program at Houston Raceway Park near Bayton, Texas. He won the heat, the dash event and led all 35 laps of the feature.

Following the event the ParkerStore team traveled to Magnolia, Mississippi and Pike County Speedway where they were one of 31 cars on the field. During the 35-lap feature Schatz started inside the second row. He pulled next to early leader Joey Saldana several times as the two raced side-by-side for the lead. Rubber began to come in around the bottom groove of the 3/8-mile dirt oval and there was no safe way to pass. Schatz raced to his first second place finish of the season behind Saldana.

“We figured the rubber would come in, but hoped we had enough time to get the lead,” said Schatz. “We battled Joey pretty good there for a few laps, but didn’t get to race in lapped traffic when there was still a top and bottom groove. That happens in racing I guess, but we’re focused on winning so the second place finish does not sit real well with this team. It’s motivation for next week in Tennessee where hopefully we can be in the hunt for another win.”

The ParkerStore Team returns to action next weekend when the World of Outlaws makes it debut at Volunteer Speedway in Bulls Gap, Tennessee.

Follow Donny Schatz's progress throughout the racing season at the K&N news site. Find K&N products for your vehicle using the K&N application search then use the K&N dealer search to find a K&N dealer in your part of the world.
Categories
Recent posts
Tags
cold air intake 2019 K&N 2018 intake kit
My Wish List
Last Added Items
Go to Wish List
You have no items in your wish list.